When it comes to building construction in Minneapolis, there are many different materials that come to mind. Concrete, wood, brick—you name it, we probably have it. But one material that has largely escaped notice would be one of the oldest: straw. Now, we are all familiar with the story of the three pigs. As such, we all probably believe: Hold on there. Straw is neither durable nor strong enough to support a building. Won’t it just blow right over?

We want to tell you, indeed even propose, that straw might not be as bad of a building material as you might think. Sure, by itself, it seems a little ridiculous. But the truth of the matter is that it is a remarkable material that is well-suited to home construction. Let us make our case.

Where It Comes From, Where Does It Go

Straw is largely a byproduct of the wheat industry, the wasted leftovers from harvest time. Dry and fairly unattractive, it gets gathered into giant bales during the winter and most of what is gathered is burned, with only a small percentage kept for things like cow and horse feed.

With the resurgence of environmentally friendly construction, however, architects and contractors are starting to find uses for a greater number of things. Straw is one of them. A home builder in the American Southwest called Mark Jensen is revolutionizing the “straw bale” house in his work with Native American communities and his research has revealed several remarkable properties of the material.

How This Material is Viable

Straw is useful both on its own and as a part of something else. Construction in Minneapolis can take great advantage of this material in that it is one of the best natural insulators in the world. That means that you won’t get as cold as you might with some artificial insulation. It has also been noted that straw mixes fantastically with modern materials such as plaster—a popular material for interior walls—as well as stucco.

What’s more, you can eliminate a tremendous amount of waste if you design a home around straw. Mark Jensen reports that to build a decent-sized 2000 square foot house, you need about 300 straw bales, and that’s only if you use straw by itself!

What About the Humidity?

But now you might be asking: Now hold on! How exactly is straw going to protect me against the elements? Sure, it’s a good insulator, but wouldn’t things like rain and snow, which wreak havoc on normal construction in Minneapolis, ruin the material?

While it has not been tested in northern climates yet, we don’t believe that it would affect anything. This is primarily because straw has demonstrated some great cohesive properties that allow grains to interlock with each other—rather like LEGO blocks but natural. It also helps that straw is already a dry material and has been trusted to keep roofs dry since before the Middle Ages!

So this is definitely a unique way to make your home environmentally conscious during and after construction. Be sure to contact Coty to find out how we can help you build your dream home. 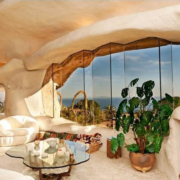 Four Most Unique Homes in the World 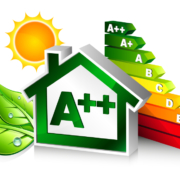 An Introduction to Green Construction in Minneapolis

How to Make Your Custom Home Efficient

What Can Construction in Minneapolis Learn from the Zero Home? 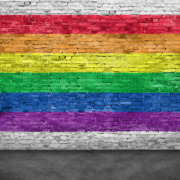 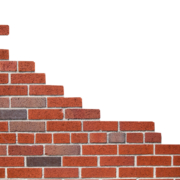 Bricks and Construction in Minneapolis 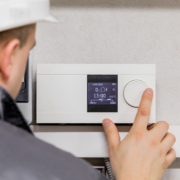 Construction in Minneapolis and Temperature Regulation

Is Vinyl Viable for Construction in Minneapolis?
0 replies

Want to join the discussion?
Feel free to contribute!

Biggest Mistakes for Custom Homes in Minneapolis
Scroll to top